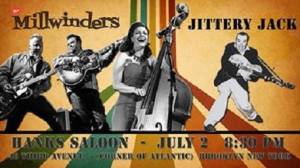 I play their tunes on my radio show, and I also had the pleasure of meeting Millwinders vocalist Sarah Butler when she was part of an early Elvis tribute at the Wasaga Blues Festival.
So that’s the good part of this social media Godzilla.
READ THIS AND GET A CLUE
Many Facebook friendships were severed during the last Federal election. Lines were drawn. Colours were shown and extreme views were supported by memes, links to websites created by crackpots and nut jobs. And I’m not just talking about Fox News or something similar (Sun News died because hardly anyone was watching).
Look at this! Read this! How can you possibly vote for this guy? I had a typical reaction of, “Fuck off!” But I did not unfriend them. It isn’t likely I’ll be having a beer with them any time soon, or ever, but I was willing to let them have their say.
And, have to admit, most of them aren’t close or even semi-close friends of mine, more like internet acquaintances. Shared interests, work or industry connections, and folks from faraway places who sent friend requests. No clue who they were or why they wanted to be friends, but why the heck not? Hello, Gampson from Haiti! I know that sounds like one of those Nigerian prince stories from the old days of Myspace, but he looks legit. Over a thousand friends, photos of what appears to be an orphanage.
I doubt Gampson would call me an idiot.
Not that people have, but the tone of many recent Facebook posts has been harsh and intolerant. It’s all black and white, no shades of grey or room for debate.
Unless you write an opposition post to start a debate that will end with them calling you a moron.
And now, a quote from one of my favorite writers.

If he felt that way about the television business, I’m sure he would have hated Facebook.
Or, Hunter might have used his literary gifts to slay the social media beasts and bullies. Step away from your keyboard. It’s a battle of wits and you are unarmed.
Then again, thanks to Facebook, I am now friends with Thompson’s widow and, while I may loathe many things about Facebook, I Like that a lot.