Croaking out the hits

AC/DC made news recently with the announcement that singer Brian Johnson had been told by doctors to stop singing or risk a total hearing loss.

Johnson, through comedian (and Johnson and James Hetfield impersonator) Jim Breuer, says he’s being pushed to the curb and accusations are flying that AC/DC guitarist Angus Young wants to replace Johnson with a younger dude so the band can tour for another decade.

Which “led” me to think about this guy, Robert Plant.

He refuses to be part of a Led Zeppelin reunion tour and many fans, including yours truly, figure it’s because Plant can’t replicate his mid-’70s vocals on Whole Lotta Love. He’s a rock legend and singing Zep classics in a lower key would make us yearn for the days when Plant could really wail.

By all accounts, Johnson was still getting the job done, though, as a guy in his late ’60s, the man who sang Back in Black over 35 years ago apparently needed several days off between gigs.

Hard to keep an expensive tour going when your vocalist can only do two shows a week.

Is Angus betting the songs will outlive Johnson’s vocals on those ’80s hard rock classics? Fans will be satisfied with a band led by a 60-year-old guitarist still wearing that school boy outfit after all these years, so it won’t matter who’s belting out You Shook Me All Night Long?

Then again, thousands of people pack casinos to hear Journey and Foreigner and many likely don’t care, or aren’t aware, that they are hearing sound-a-likes and not the guys who sang Don’t Stop Believin’ and I Want to Know What Love Is (Steve Perry and Lou Gramm, respectively) on the original records.

And, aside from the occasional appearance by guitarist Mick Jones, Foreigner tours with no original members.

Have we entered the era of what amounts to band-approved tribute acts? Gene Simmons has said there will eventually be a version of KISS without him or Paul Stanley. Maybe Vincent Furnier will retire and we’ll see a younger version performing as Alice Cooper.

I’m in favour of the originals. I understand Plant’s reluctance but I’d still want to see him play with Jimmy Page and John Paul Jones.

Go back a decade or so and I saw this guy at the Fallsview Casino in Niagara. 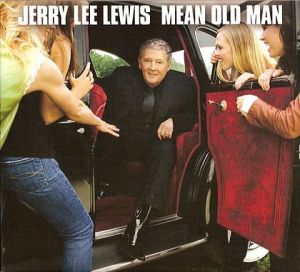 The Killer was in his late ’60s then. Jerry Lee had to be helped out to the stage but once Lewis sat down at that pian-a, his fingers still danced across the keyboard and when Jerry Lee pounded out Great Balls of Fire, the fans went wild.

Well, wild for folks who were mostly over 50 (I was in my 4os, and my female friend was 15 years younger but a huge fan of the Killer).

IS IT THE SINGER OR THE SONG?

The tunes are timeless but I would not pay to see a young Jerry Lee Lewis impersonator. When the Killer is gone, the records will live on.

Clone bands are for bars, not theatres.

I’m not a big Journey fan but it’s not Journey without Steve Perry. It wouldn’t be the Stones without Jagger and Richards, or Aerosmith sans Tyler and Perry.

Or Led Zeppelin minus Robert Plant, and AC/DC would seem like a tribute act with anyone but Brian Johnson.