Stickin’ it to the man with help from the women

“Yeah, you can try, but in the end you’re just gonna lose, big time, because the world is run by the Man. The Man, oh, you don’t know the Man. He’s everywhere. In the White House… down the hall… Ms. Mullins, she’s the Man. And the Man ruined the ozone, he’s burning down the Amazon, and he kidnapped Shamu and put her in a chlorine tank! And there used to be a way to stick it to the Man. It was called rock ‘n roll.”

So said Dewey Finn, masquerading as a prep school teacher in “School of Rock.” 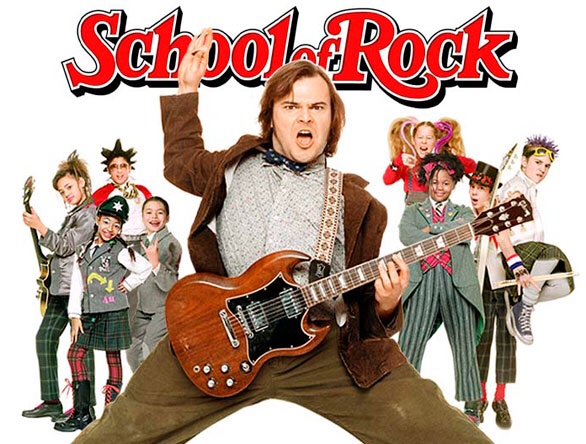 I stuck it to the man called Type 2 Diabetes.

Thanks to three female doctors who helped me lead a healthier lifestyle.

My doctor, Alyssa Boyd, and two interns, Doctors Ashley Coulter and…medical cliche, I can’t read the signature on the massage therapy referral letter she signed…anyway, another young lady who treated me a few months ago at Dr. Boyd’s office.

Go back to the fall of 2014 and I went to Dr. Boyd complaining of pain in the nether regions (likely a groin injury that was sports related) and peeing too often.

I was sent for a blood test and the results said I was on the cusp of Type 2 diabetes. 6.5 on the blood sugar scale.

At the time, I weighed around 185 pounds and even though I was getting plenty of exercise (tennis, volleyball, slow pitch) the cause was easy to figure out.

I was a poor eater.

You’re supposed to go for blood tests every six months or so but I didn’t do that for another three years because I was on a mission to stick it to the man.

Bye bye sugary cereals, frozen dinners, white bread, french fries and soda pop (haven’t had a Coke in over three years…tried a Coke Zero and it was fuckin’ awful…no sugar but tasted like someone had dumped two spoonfuls of sugar in it).

Replaced with All Bran, cooking with solid meats and vegetables, sweet potato fries and more water.

And, coffee and red wine. Okay, I’ve always consumed the latter two beverages though even when it comes to beer, I’ve switched to lower calorie choices like Rolling Rock (hey, Sandbar!) and Beach One Cerveza.

From what I’ve been told, many people in my situation haven’t changed their diets one bit and either totally ignored their doctor’s recommendations or need pills to keep their blood sugar in check.

After eight months of my new diet, I began my Wasaga spring as I’ve done every beach season for the past ten years, with a meal at the beachfront Burger King operated by friend, Fred Char. In previous years I’d ordered the Whopper combo, with fries and a large Coke.

“I don’t know what to offer you,” said Fred.

WHOPPER, FRIES AND A GIANT COKE

Thats’ the definition of a real friend. A guy who had served me dozens of Whopper combos, concerned that his menu offered very little in terms of healthy choices.

I’ve since switched to a Junior Whopper and a bottle of water.

This morning, I tipped the scale at 157. The lowest I’ve been since high school and, of course, college packs on the pounds thanks to pubs and, when you leave home and trade your Mother’s cooking for TV dinners, fast food and weekends at local clubs…

So cheers to the ladies who gave me a much-needed wake up call. I could have ignored your advice or comprised a bit (okay, Ashley said I should cut down on my nightly milk and cookies and I have cut that in half, and I would highly recommend dark chocolate-covered almonds!) but I took it as a challenge.

In the words of my fellow Canadians, Triumph….