I can swear with the best (or worst) of them, as many of my tennis opponents can attest. It’s game point, here comes an easy put away and…I hit it wide, long, or into the net.

The inspiration for this blog will come your way in a few paragraphs.

For now, I will say the F-word should always be used properly…if that’s possible and I say it can be…for emphasis. For effect. To shock. To make it clear you are pissed off, agitated, frustrated or reached your boiling point.

Or for comedic effect. 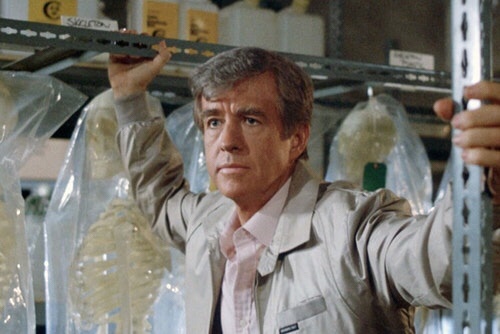 One of my favourite uses of the F-word occurred in the 1985 zombie comedy “Return of the Living Dead.”

Clu Gulager plays Burt Wilson, the owner of a medical supply warehouse that has become, much to his friggin’ dismay, the place where cadavers come back to life after a toxic gas is released.

They unleash a zombie from the freezer and the naked creature makes a beeline for Wilson, who eventually kills it with a hammer strike to the head.

Not before he is told, as is well known in Zombie movie lore, to finish off the zombie you must brain it. Kill the brain and you kill the ghoul.

The undead being is still writhing on the floor and Burt says….

“I hit the fucking brain!”

See, there’s the right way to use the F-word. As an exclamation point.

So, the reason for this blog.

Last weekend I sat on the patio of Wasaga Beach’s only landmark, The Dardanella. Celebrating it’s 100th birthday this summer. The Dard is where people met their future spouses and danced to the big band songs of Glenn Miller.

Who can forget, “In the fucking mood?” 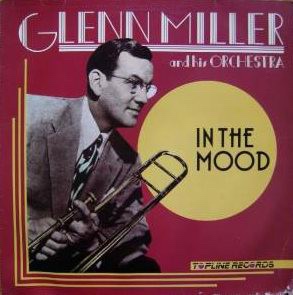 Well, that tune may have led to some couplings but of course, it was just “In the Mood.”

I’m listening to the music from the loudspeakers and it seems every second song is about fucking. Or bitches. Or fucking those bitches. Or, bitch, let’s fuck. Apparently it was a Spotify playlist and even though there is a setting that filters out R or X-rated lyrics, the management was asleep at the fucking wheel.

And, if you are familiar with the title song, Roger Daltrey adds a fuck to the chorus later in the song, twice, and many rock (then, now classic) stations let that slide because it’s one F-word and hey, that’s rock and roll.

Rebellion. Stick it to the man. Who the fuck are you?

Remember, Im no prude. I love the films of Quentin Tarantino and I’d bet they average 200 variations of fuck per movie. It’s profanic poetry.

My Dad hated profanity. Thought it was a lower class language and I have to agree with Dad on his oft-quoted lyrics from Cole Porter’s 1934 song, “Anything Goes.”

Holy fuck, the creator of the Rock and Roll Riot has included a Bing Crosby movie in his blog.